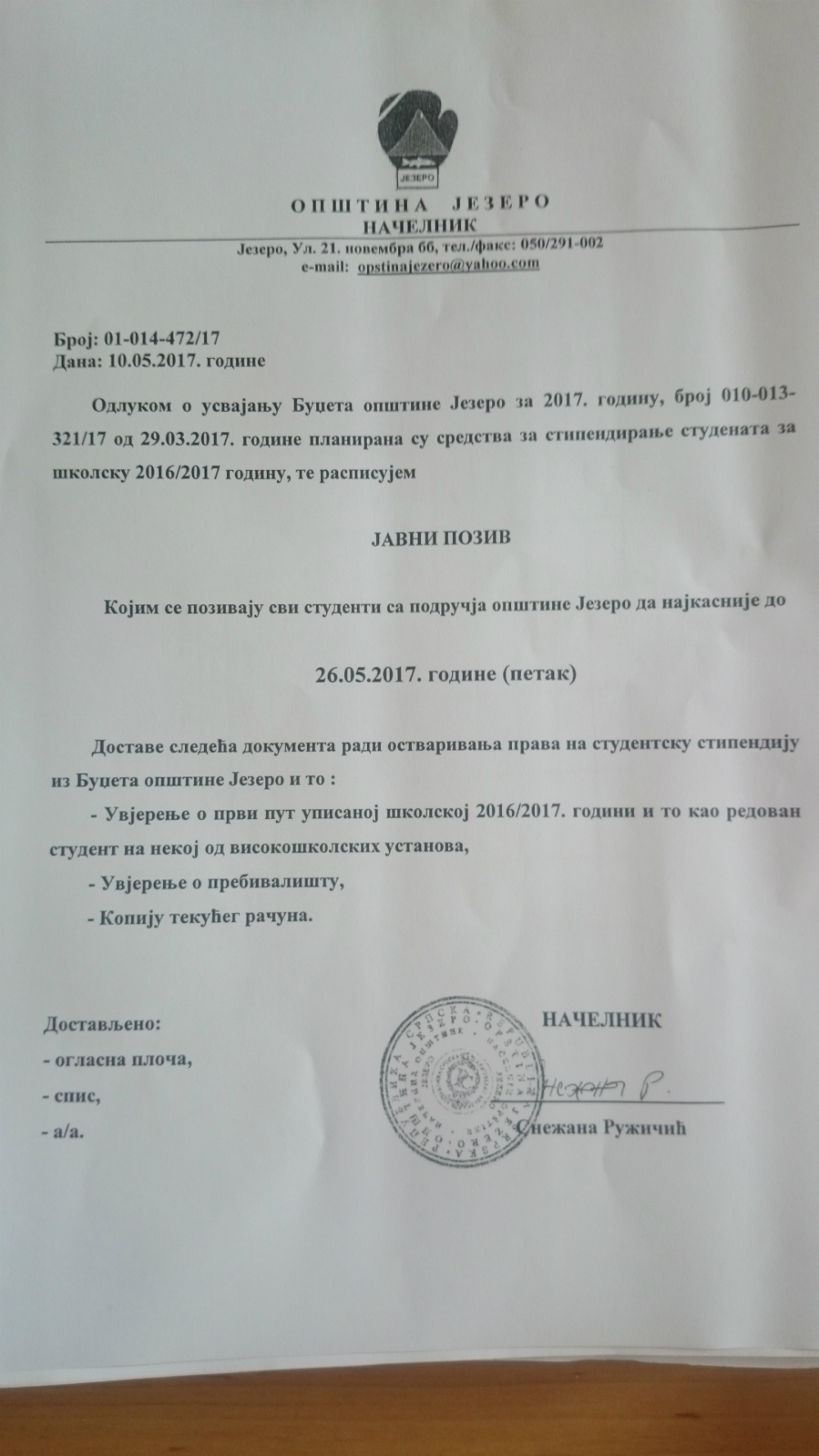 When I came to the position of the mayor of Jezero, I found a very bad situation in all areas. In the past period, the Municipality of Jezero did not perform activities within the legally prescribed jurisdiction.

By taking office, the new municipal leadership has encountered numerous problems, most notably in the area of ​​finance.

I am asking students who did not submit the necessary documentation for the school year 2016/2017 to submit it immediately, and no later than June 30, 2017. years in the administrative service of the municipality of Jezero. Documentation can be submitted in person. send by E-mail or post.